At Game Developer’s Conference, it became apparent that my love of vehicle-modeling was not going to be enough to get a job on its own. With one notable exception at GDC and a couple others I’ve seen in subsequent searches, vehicles tend to get lumped in with Environment Artists at most studios.

That said, the completion of Thesis marks the start of an uphill climb to get some good environment work in my portfolio before graduation, and ideally in time for on-campus recruiters.

The current intent is to create a modern, realistic environment with realistic props, but that also includes some science-fiction-y elements so I can still get in and do the hard-surface Sci-Fi stuff that I love.

I’ve had a lot of ideas on this topic, including, but not limited to a cramped little ethnic deli, which I haven’t figured out the science-fictiony bits to, or several extremely rough ideas for stages in Polycount’s Brawl competition. Since I’d imagine by the start of class tomorrow, I should know what I’m doing for this last month of school, here’s where I start trying to nail down these ideas.

My main hurdle to getting started with Brawl is a lack of familiarity with the genre. I haven’t played a fighting game in years, and I wasn’t looking for cool environments when I did. I figure the pool of games that I know well enough to go back and look through extends to a couple of the later Dead or Alives, the Smash Bros. series, and Soul Calibur II, with probably less than $10 worth of quarters given to other classics like the Street Fighter, Marvel vs Capcom, Tekken or Mortal Kombat series over my 22 years.

My first idea is to reimagine Dead or Alive 4’s unlockable Halo Level Nassau Station. The basic seed of the idea would be to turn it into the cargo bay of a steampunk luxury zeppelin with the Covenant being replaced by some sort of air-pirates. 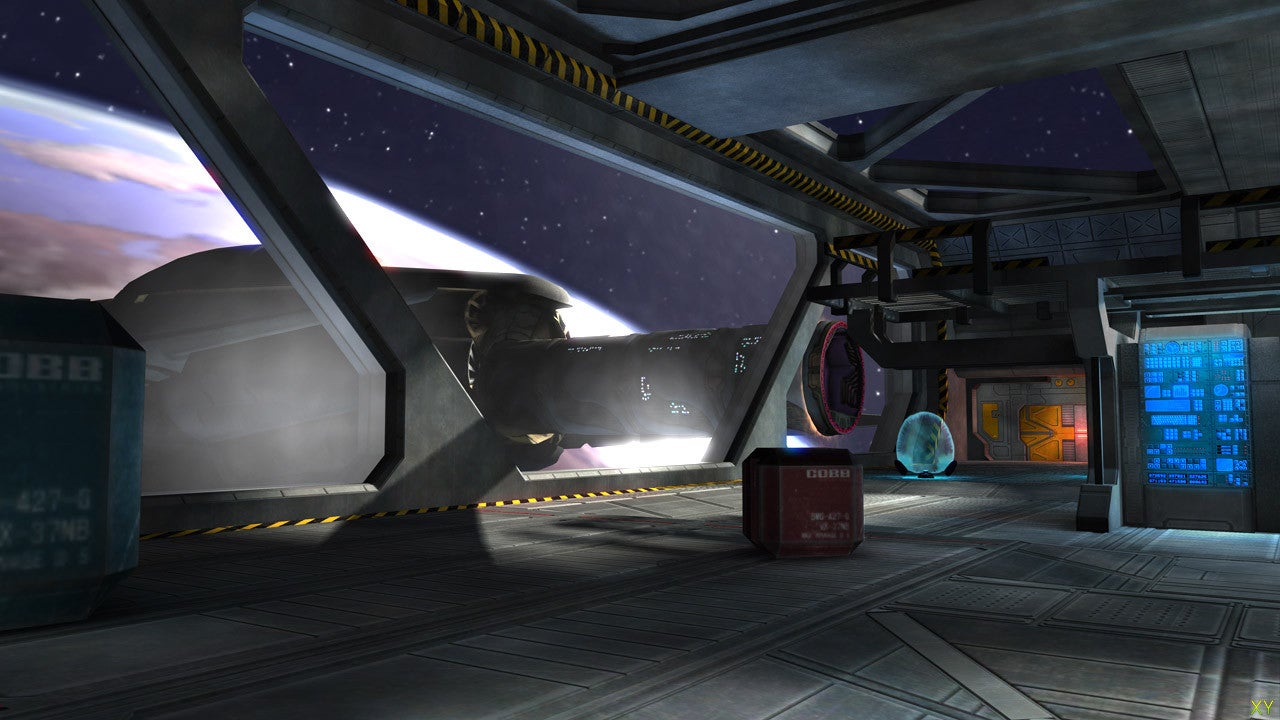 My biggest concerns going into this getting all that redesign work done in time to also get models and textures done in the month left in the contest, and that the steampunk idea, as much as I really would love to do some Zeppelins, doesn’t really lend itself to the modern, realistic props recruiters at GDC mentioned that they would like to see.

My next idea involves taking the Seaside Market level, also from Dead or Alive 4 and turning it into a dingy near-future marketplace, similar to the one that spontaneously comes to life around the Doctor and Martha in the “Gridlock” episode of Doctor Who.

Right off the bat, this one is concerning in that it’s been preposterously difficult to find images of the level. Assuming difficulty in finding reference of this level doesn’t remain a problem, this could be a fun level, even if I don’t stay married to the polluted near future reimagining. A bunch of market stalls, cool architecture. Potential issue is the scope of this level. The marketplace area is rather deep, and players can be knocked down to the beach below. Waiting on a moderator response on whether reducing the level’s scope is an acceptable component of reimagining.

My other Brawl idea would be to reimagine Saffron City from the original Super Smash Bros. I’m torn between a couple different ideas, such as an ancient castle/temple, probably up on a mountain of some sort to keep it nice and high, replacing the Pokemon (theoretically; doubt I could get them incorporated within the scope of the contest) with some sort of demons or Lovecraftian “gods”; another idea would be to keep the setting similar with the rooftops of a skyscraper, but shoot for a situation like the end of the No Mercy campaign in Left4Dead in which the survivors defend the rooftop of a hospital while waiting for rescue amid a sea of Zombies (again, theoretical since I wouldn’t have time to make zombies, much less good-looking zombies…)

This one seems like one where, knowing me, I would get suckered into slacking off on something that seems simple in scope. The simplicity could be a boon, in that it could give me more time to come up with a cool concept, but at the same time, if I’m going to use this to sell myself as an environment artist, I have to come up with a lot of assets to populate the space that simply aren’t there in the rather plain original version.

Another idea I’ve been toying around with, even to the point of getting started on a couple occasions when I needed a break from Thesis, is an Italian Deli. Despite starting this already, I almost feel like I’d rather wait on this one, in part because I’d really like to get in on Brawl, but mostly because if I end up going home this summer, I’ve got several nice delis and bakeries I can visit for “reference” (also lunch) while working on the project. There really isn’t much of that caliber of reference that I’ve seen in Sarasota. Another issue with this is that I’m just not sure yet what the weird sci-fi elements are that’ll keep me interested in it. The obvious answers are things like human meat or giant alien body parts, and those are pretty good, but I bet I could do better. The other thing that I like about this concept is that, once I figure out what the “food” in the Deli will be, that gives me a very obvious organic thing to force me into learning how to use zBrush.

Another idea is the Lucasarts Contest. I’m not sure how much I would be allowed to say while publicly brainstorming like this, but it involves exploring, with a Man Vs. Nature theme. I could start to envision something for this, but it would be a pretty significant departure from the things I know I’m good at into skills that are less honed, specifically organic modeling. The prompt is also vague on whether images from a 3D project are technically acceptable. Suffice to say, I have questions on this one.

I’m also interested in the idea of an Orwellian police state environment. Not entirely sure what to do with this idea other than an interest in placing a lot of cameras and propaganda in my environment. Could be integrated into the dingy Sci-Fi reimagining of the Seaside Market, or it could be its own thing. I just like the idea of an environment in which Big Brother is watching.

These are my front-running ideas. I’ve got plenty of vehicle ideas I want to get into too, but for now, I think getting a good environment into my portfolio is probably a safer bet than a re-imagined Batmobile, a sweet cyberpunk-ified hot rod or a lovingly crafted AT-AT, unfortunately.

My goal is to have these narrowed down to one idea to push forward on very, very soon. Will update this post when that’s figured out.

This entry was posted in Art. Bookmark the permalink.

This site uses Akismet to reduce spam. Learn how your comment data is processed.